Day 3, our last day before heading home. Once again, we were up at 6am to get there for Magic Morning Hour.

Pausing in Downtown Disney for a photo op. The Girl is wearing a Snow White dress I made for her.

We headed straight for Cars Land, along with everyone else, walking through the beautifully redone front entrance at Disney's California Adventure.

We waited about 20 mins for the Radiator Springs Racers and then did Rider Swap and I was able to go too. It was really clever and so much fun! They rode it once more at the end of the day (thanks to the Guest Assistance Card, otherwise the wait was 90+ minutes and there was no way The Girl would have been able to handle standing in line that long).I had intended to take a photo of my family coming over the hill in their racer but just as they were coming, Baby D knocked his snack case off the stroller and it hit the ground and all the little puffs and Cheerios scattered. No kidding, there was a guy with a broom and pan there in less than a minute to clean it up! I love Disneyland!!

There are some really lovely touches in this area. First off, the mountain range is incredibly realistic! Especially as the evening came on and the sunlight was hitting it.

Look at the details on the "flowers" in these planter boxes!

On Luigi's Flying Tires, where they had to lean to move their bumper tire around the floor

I would have liked to have been able to stay until night at the Park so we could see the neon signs all lit up, but unfortunately we had to leave around 8pm so we could drive home for school & work the next day.

After Cars Land, we wandered through Bugs Land for a ride with Baby D, then over to the Tower of Terror, which The Girl rode with pleasure (last time she would have nothing of it!). Can you tell the family in front of mine knew when the camera would snap the picture?

Our attempt at a family photo in front of Mickey's Fun Wheel was a fail, the guy didn't focus the camera properly...oh well!

The Girl would NOT ride California Screamin' this time so Danny and The Boy rode first and then I went with him. He was actually very nervous because last year he literally passed out!

But this year, he came bounding off and wanting to ride again. He tried in vain all day to get The Girl to ride too.

We had to check out of the hotel at 11am so they did one more ride before heading back... Grizzly River Rapids!

Of course they were all sopping wet, which was nice on the 90+ degree day.

After a hasty packing job we were pool bound. The kids cracked up when we took off Baby D's black onesie and the fuzz under his arms looked like hairy pits!

I stayed on the lounge and watched Baby D crawl around and drank a lovely Pina CoLava in the shade while my family enjoyed the slides and cool water.

Looks like they were alone in the pool but I think I just got lucky on these shots because there were plenty of other guests. A change into dry clothes and we were back in the park, ready to finish out the day.

The kids rode the Jumpin' Jellyfish, we took a spin on Toy Story Mania, Little Mermaid and the herky-jerky Goofy's Sky School, which was more frightening than it looked!

My husband can be a real grump sometimes, even he'll admit it, but I love these photos of him laughing and enjoying the moment. And every time he spotted me with the camera, he'd throw out a wave!

And when it comes to putting a smile on his little girl's face, he'll even pose with Mickey's teddy bear Duffy. That was The Girl's choice of souvenier at the end of the day as well, a big Duffy bear.

Before heading out we bought a variety of dishes from the Boudin Bakery Cafe and shared, including this giant bread bowl that had been filled with my apple and walnut salad.

Bad hair day (for me)

Our Day at Disneyland

Day 2, Mickey's wake up call rang bright and early at 6am. That is actually sleeping in for us, but not really enough rest after being up later than usual. But since we were guests of the Resort hotel we were able to get in the Parks one hour before it opened to the general public (Magic Morning Hour) and those 60 minutes can be golden towards getting on rides with minimal wait.

Outside the Fantasy Tower, our home at the Disneyland Hotel

The kids ate bowls of cereal while I packed up the diaper bag and my husband prepped his backpack with bottled water and snacks. We walked into Downtown Disney to catch the Monorail which put us right in the middle of the action.

At night, Tinkerbell lights up the strands of stars on the hat

We hit Fantasyland first and walked right on to Peter Pan, Mr Toad's Wild Ride, Dumbo and the carousel. We then headed into Tomorrowland and were able to ride Star Tours twice (using the Rider Swap program- one adult waits with the baby and another rides, then they switch places without having to wait long).

The Girl, wearing the Rapunzel/Tangled dress I made for her

The park was starting to fill so my husband took The Girl to City Hall to get her Guest Assistance Card and I took Baby D and The Boy to the Baby Care Center and First Aid. Such a perfect little corner of Disneyland! I had a scratch on my foot that was irrated by my shoe and I was able to get bandages to use for the weekend. And the woman in the Baby Care center was just wonderful and it was great to use a clean changing table in a quiet room.

The carousel was a favorite for all. In fact, Baby D enjoyed all the rides. He would hold our hands and fingers tightly but never fussed or cried, just looked inquisitive the entire time. It's a Small World was his favorite, of course!

While in Toontown we ran across Goofy, which turned out to be a highlight. Baby D LOVED him. He absolutely giggled when Goofy held his hand and fortunately I'd handed my camera to the PhotoPass cast members and they happily captured the moment for us.

The Girl got to meet Tinkerbell, which we kind of thought might have been awkward for her (Tinkerbell asked questions, The Girl would just shrug her shoulders) but she said afterward that it wasn't awkward at all. Thinking back, I wonder if The Girl was just surprised to see that Tink was tall and not just three inches high?!

A sweet smile, but notice the nervous hands

We took turns on the Autopia cars. The Boy was just an inch short of being able to drive himself, but it worked out okay that I went with him for the drive because he said the pedal was too hard for him to push during the entire trip. I remember that as a child too...

I skipped the teacups (I always do!) and took this photo before heading to the changing room with Baby D.

He was wearing a colorful shorts romper that I made for him using the Tie Dye Diva's pattern. I used a boat print that has been hanging around for years and I added an applique of Donald Duck. I made the romper a few weeks ago and then he had a growth spurt and he barely fit into it, oops!

The Girl rode the Matterhorn twice this time (last time she panicked and tried to jump out!). They have changed the bobsleds slightly and they aren't very comfortable (could use a bit more padding at the back).

Waiting for the Matterhorn

After eating lunch at Ralph Brennan's Jazz Kitchen in Downtown Disney (the kids shared the best sirloin hamburger, we were wishing we'd ordered that!), we went back to the hotel and swam for a few hours.

Another outfit and hair-do for The Girl. This was my favorite style, a combo of French braid and three rope braids.

She posed alongside this wall, one of the many gorgeous photo spots in the park (alongside the Mexican restaurant) and asked me to take her picture.

I love her natural smile, I don't often get one from her.

We stayed in the park until around eight and then headed to the La Brea Bakery in Downtown Disney. The kids were so exhausted they barely made it through their flatbread pizza (The Boy was falling asleep as he chewed!). We went straight to bed, ready to start back over again in the morning. Up next...Cars Land!
Posted by Unknown at 11:34 PM 0 comments 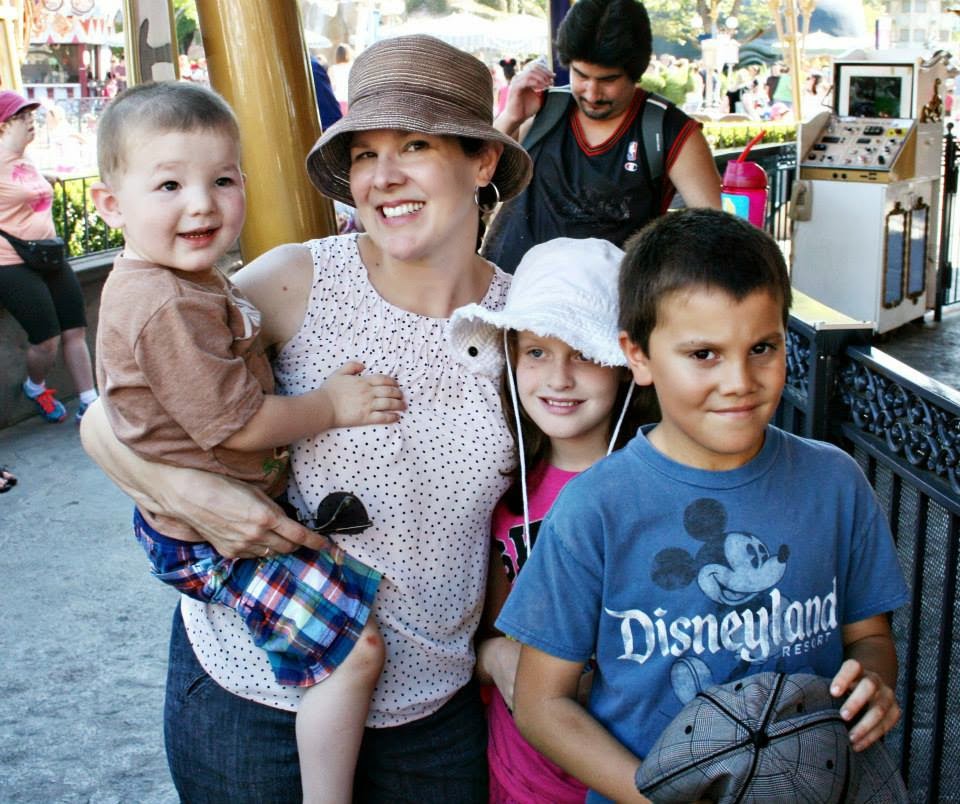 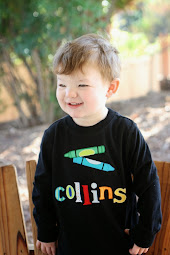